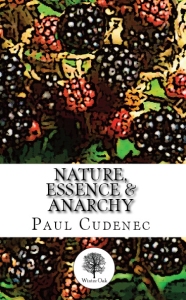 A thought-provoking new book has just been published by Winter Oak Press in the UK.

The starting point of Nature, Essence and Anarchy by Paul Cudenec is that very future of our species and of planetary life is at threat from the unchecked growth of the industrial capitalist cancer and that there is a need for a powerful and coherent resistance.

He argues that there has been a general thought-paralysis which renders any authentic and holistic anti-capitalist philosophy difficult to conceive and communicate. Our intellectual immune system has been disabled.

As a result of this, anarchist and anti-capitalist thinking has to look deeper than the surface of what is usually regarded as the political realm and root itself in an intellectual soil completely outside of capitalism and all its assumptions.

Beginning with Guy Debord’s condemnation of the world of artifice in which we live, the author describes how, in order to hide its own falsity, capitalism denies that humanity belongs to a holistic natural world and also denies the very possibility of authenticity. He discusses the way that, despite Peter Kropotkin’s work in describing the evolutionary importance of mutual aid and solidarity for all species, including humanity, many anarchists remain strangely suspicious of the idea of “nature”. Widespread misuse of the word, and the effects on our thinking of the industrial society surrounding us, make it difficult to reclaim the term and overcome our separation. He looks at the nature-based philosophy of the 16th century physician Paracelsus and suggest that we might rediscover authenticity by feeling within ourselves what he termed the Spiritus Mundi, the vital energy of the universe.

Denying reality: from nominalism to newthink

This essay explores the way in which contemporary society has a problem with objective reality. George Orwell warned about this in his novel 1984, in which the Big Brother state insists that everything exists only in the human mind. Cudenec argues that this fallacy dates back to medieval nominalism, when traditional “universals” were redefined as merely words describing human-invented categories. Postmodernists and postanarchists today extend this approach to deny the validity of concepts like essence, he says. Everything is said to be a construct. Subjective language is confused with objective reality. Anything outside industrial capitalist reality is denied legitimacy, trapping us within the dominant mindset.

When negative is positive

The anarchist desire to destroy capitalist society cannot be regarded as negative. For one thing, it aims to clear the way for a better world. But it also arises from a belief, as voiced by Rudolf Rocker and Noam Chomsky amongst others, that an anarchist society is always possible and that humans have the capacity to live harmoniously as a social organism. This capacity, which is innately present in the human mind but not always activated, reflects the overall tendency of the universe to take on a coherent structure. Conflict arises when the innate structures of the human mind meet an external world which does not allow them to fulfil their potential. As Otto Gross explains, some individuals give way and adapt to circumstances, while others rebel. A hatred of corrupt and unnatural society is founded on a positive vision of how things are meant to be.

Modern life maintains us in a state of metaphysical sensory deprivation. If we wish to discover our core reality we need to look deep within ourselves. “Know Thyself” is a maxim dating back to at least Ancient Greek times and still central to contemporary paganism. The descent into the unconscious to find the Self, as invoked by anarchist Gustav Landauer for instance, is a reconnection to the organic universe described by Plato and Plotinus and also by the Sufi tradition. Understanding the individual as an aspect of a greater collective entity does not deny individual freedom, insists the author, but rather removes the limits imposed upon it by our separation and reveals an empowering and anarchic truth, always regarded as a dangerous heresy by authority.

Humankind’s belonging to the living flesh of our planet is an essential reality of our innermost nature and will always resurface in our spirit. The industrial system finds ingenious ways of blocking and diverting our awareness of this. It claims that the “progress” of its technologies equates to an upward path for humanity. Some on the left have fallen into the trap of equating individual freedom with the artificiality of industrial capitalism and of thus condemning “naturalism” and “essentialism” as reactionary. Transhumanism is an extreme example of this trend. Its nature-hating naturaphobia and life-denying vitaphobia are combined with a denial of the polluting and destructive realities behind its sanitised industrial-capitalist image of the future.

The eye of the heart

Escaping the capitalist mindset is like digging a tunnel out of a prison camp. We need to go far enough and deep enough to go beyond its perimeter fences. Anarchists often fall short of understanding that industrial society is inherently capitalist and swallow the lie of “progress”. Mahatma Gandhi understood the need to oppose industrialism and rediscover simple village life, the natural harmony of Sanatan Dharma. Traditional culture has always been an obstacle to capitalism and has been systematically eradicated across the world. Cudenec joins E.F. Schumacher and Ranchor Prime in calling for humankind to draw on our ancient spiritual wisdom so we can deepen our opposition to capitalism. We must access the “eye of the heart” to better understand multi-faceted reality. We need a metaphysical dimension to our revolt to allow us to pass completely outside the concrete confines of modern industrialist dogma.

The well-known phrase “think globally, act locally” translates on a philosophical level as “think objectively, act subjectively”. If, like Plato and Plotinus, we define The Universe as all-inclusive, it necessarily includes abstracts as well as objects – numbers, dimensions, capacities and possibilities. We can never know the objective reality of this Universe, but we can know that this objective reality must exist and that it includes abstracts. Each of us has an abstract essence, which is a potential rather than a limit: the butterfly essence, for instance, exists even within a caterpillar which is eaten by a bird before this physical stage is realised. The specific realities of our subjective existence must always provisionally limit our core essence as aspects of The Universe, of which we should be metaphysically aware. But this limiting is also the only way in which The Universe can manifest itself in physical form. The same applies to time. We can only experience time through the necessary subjectivity of our living, just as a needle must follow the groove of a vinyl record. But the whole piece of music is always contained in the record, in the same way as all time must be contained within a Universe which contains everything. Our subjective presence-in-the-present means we do not just observe events unfolding, but participate in the process. We are part of the self-shaping of The Universe, with all the responsibility that this implies.

“If human vices such as greed and envy are systematically cultivated, the inevitable result is nothing less than a collapse of intelligence. A man driven by greed or envy loses the power of seeing things as they really are, of seeing things in their roundness and wholeness, and his very successes become failures”. 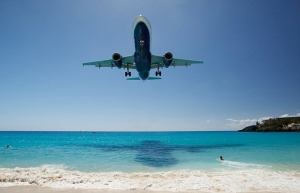 “In the subtle system of nature, technology, and in particular the super-technology of the modern world, acts like a foreign body, and there are now numerous signs of rejection”.

“In the previous phase of capitalist domination we worked so that we could consume, whereas in the current phase we have to constantly consume so that work exists. The anti-development struggle aims to break this vicious cycle, which is why it is based on the negation of both work and consumption”. 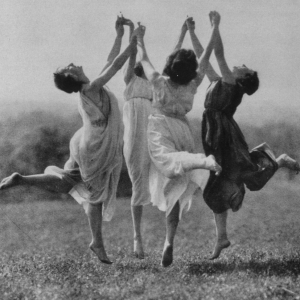 “One of the essential themes of this critique, which resurfaces like an obsession in the work of writers, poets, philosophers and historians, is the clash between Kultur, a spiritual realm of ethical, religious or aesthetic values, and Zivilisation, the vulgar materialist world of economic and technological progress. If capitalism is, according to Max Weber’s mercilessly perceptive expression, the disenchantment of the world (Entzauberung der Welt), then anti-capitalist Romanticism has to be seen primarily as a despairing and nostalgic attempt at the re-enchantment of the world”.

“The wounds that mass society inflicts on the individual are real indicators of the dominant lie. The individual’s lack of integration into his or her environment is literally traumatic: the loss of common references, anonymity and fear lead to the collapse of socialisation, a lack of solidarity, a neurotic desire for safety, extremely dysfunctional behaviour and to everything which paves the pathological way for bulimia, anorexia, addiction, compulsive consumption, hypochondria, stress, depression and other modern syndromes”. 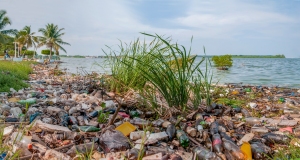 “What is the point of economic progress, a so-called higher standard of living, when the earth, the only earth we have, is being contaminated by substances which may cause malformations in our children or grandchildren?”

“Professing no ideology is an ideology in itself”. 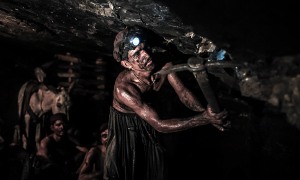 “Who would sell his labour power for less than it is capable of bringing in if he were not forced thereto by the threat of hunger?”. 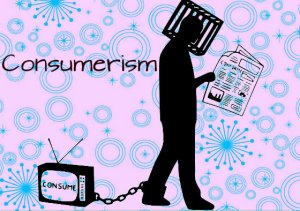 “The cultivation and expansion of needs is the antithesis of wisdom. It is also the antithesis of freedom and peace. Every increase of needs tends to increase one’s dependence on outside forces over which one cannot have control, and therefore increases existential fear”.

by Jordan Henderson Note: The pull of Right vs Left Politics is still so strong, at least here in the USA, that I feel the need to state at the outset that my motivation here is not to score any points for the Right. This painting – Don Quixote de la Left – is a […]

by Paul Cudenec Throughout my adult life I have tended to describe the thing to which I am primarily opposed as “capitalism”. Over the last couple of years, however, I have started to wonder whether this is quite the right word. Not only does it hinder communication with people used to different political terminologies, but […]