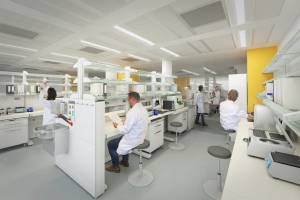 “The general features, then, of characteristically modern thought are these: complete absence of metaphysical knowledge, negation of all knowledge that is not scientific, and arbitrary limitation of scientific knowledge itself to certain particular domains, excluding the rest. Such is the depth of intellectual degradation to which the West has sunk since it left those paths that the rest of mankind follows as a matter of course”.

France rises up against the new fascism

“The people have woken up – at last!” declared local Gilet Jaune rebel Michelle as she watched the vast crowds assembling on the main square of Montpellier in southern France. She has been involved with the Yellow Vest movement since the very start of the popular revolt against the Macron regime in November 2018. Two […]

Liberté! Résistance! A photo-report from France

Emergency demonstrations were held in towns and cities across France on Wednesday July 14, 2021, as the state went full-fascist in imposing bio-security dictatorship. In a televised address on Monday evening President Emmanuel Macron announced that “vaccination” was to be compulsory for all health workers and that, furthermore, “vaccine passports” were to be required for […]